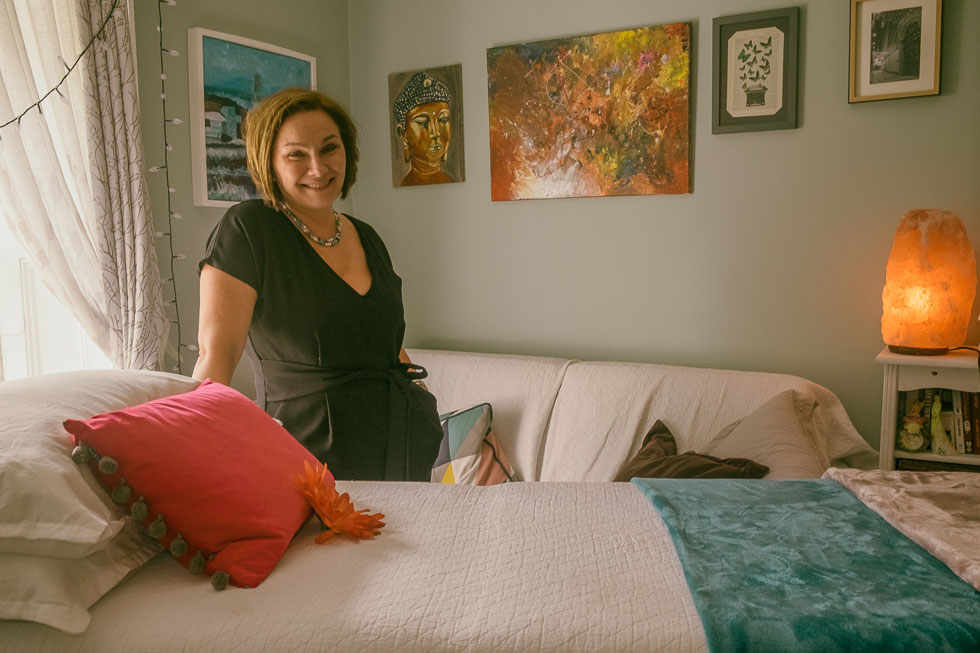 The Japanese word Reiki is often translated as universal life force energy. It is a safe, hands-on, non-intrusive healing technique, which is used to treat physical, mental, emotional, and spiritual ailments.

It is a holistic system for balancing, healing, and harmonizing all aspects of the person.

Disease arises when energy is blocked or imbalanced, and manipulation of the field by a reiki practitioner can restore wellbeing. The practitioner does not use his or her personal energy for this but rather channels universal energy to re-energize the field around the patient.

Using quantum physics, we can describe ‘good health’ as achieving a state of perfect sub-atomic communication between every part of the body:‘ ill-health is a state where that communication breaks down, or we become ill when our energy waves are out of synch. This ‘communication’ is both at the subatomic level ( the biophotons that make up our physical body) and the subconscious level (our thoughts and emotions).

Experiments carried out by the U.S. Army and the Institute of HeartMath have demonstrated that everything is connected and that our thoughts and emotions have a greater impact on us than we once believed.

In 2005, the founder of ‘The International Center for Reiki Training’ William Lee Rand, formed the center for Reiki research and set about compiling peer-reviewed data and research to back up the claim that Reiki makes.

Valerie V. Hunt, a scientist and Professor Emeritus of Physiological Sciences at the University of California developed the protocols and instruments necessary to detect and record the body’s high-frequency energy fields and her research has led to a scientifically accepted understanding of the relationship between energy field disturbances, consciousness, and disease. In experiments carried out on a variety of people, recorded outputs ranged from 250 cycles per second on people who had not received treatment to between 400-800 cps for people who had undergone healing energetic treatments such as Reiki.

Currently, there are around 800 American Hospitals and many more worldwide, including here in Ireland who use Reiki as a means to accelerate the healing process and to alleviate pain. It is estimated that there are 4,000,000 people throughout the world who have taken at least one level of Reiki training.